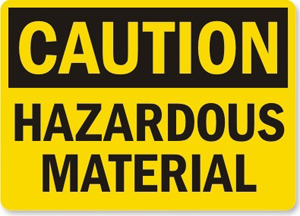 The Statehouse was on security lockdown earlier today after a substance was allegedly thrown at Gov. Bruce Rauner’s office, as well as the Lt. governor's office and the House gallery. Rauner was not in the building at the time of the threat.

The lockdown came as House lawmakers are convening to vote on whether to override Rauner’s vetoes of a collection of budget bills aimed at funding the state.

“We are still on lockdown. Possibly for an hour," Rep. Stephanie Kifowit (D-Oswego) tweeted. "I’m in the Chamber, strange substance was thrown at Gov office. Hazmat on the scene.”

Springfield Fire Chief Barry Helmerichs said a woman entered the building around 1:26 p.m. and threw a white powder. She was taken into custody immediately.

A hazmat crew was brought to check on the substance and has found no threat. However, they were seen leaving Rauner's office with several full bags of materials. The air conditioning was shut down in the building to prevent any possible contamination and streets surrounding the building were closed.

Springfield Fire Marshal Chris Richmond says that there no reason to believe anyone inside the Capitol is in danger.

“The Security of state police did seal the building, in other words, no one in no one out,” Richmond said. "The folks that are in the building are going to remain in the building for a period of time until more information tells us we can take another track at this.”

The crew swept the rest of the building and there are reports that the substance has been tested as harmless.

“This is very standard procedure for hazardous material response and precaution,” Richmond said.

Rep. Allen Skillicorn (R-East Dundee) tweeted that he wasn’t sure which was worse, “the suspicious white powder at the Capitol or Madigan's #taxhikes and #JunkBudget?”

Lawmakers and the session are now waiting until they get the safety clearance from police and fire officials to proceed.

Want to get notified whenever we write about Illinois House of Representatives ?

Sign-up Next time we write about Illinois House of Representatives, we'll email you a link to the story. You may edit your settings or unsubscribe at any time.