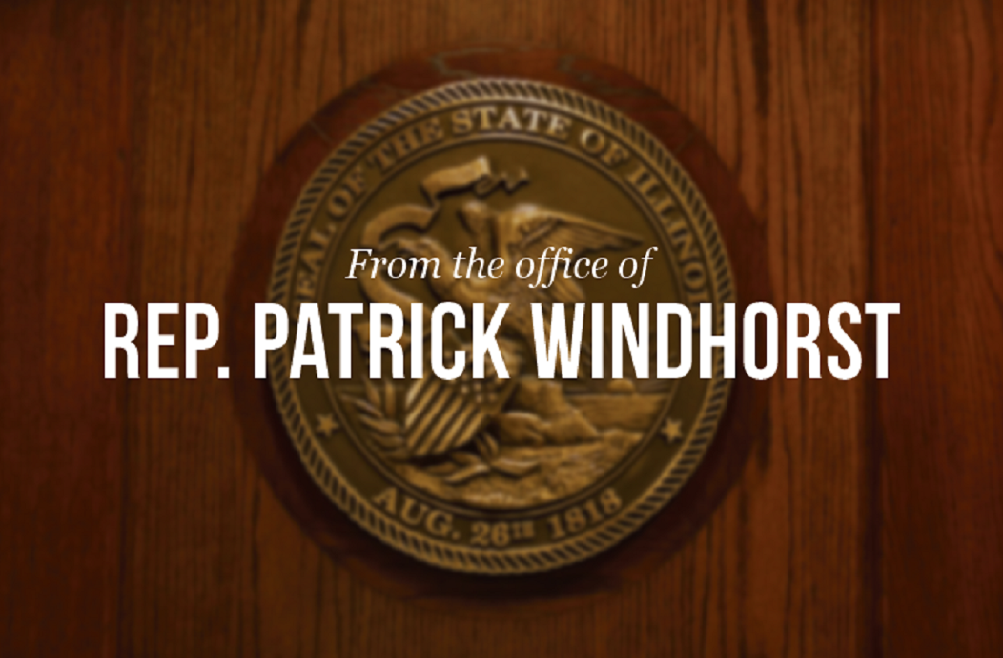 Since taking the oath of office as State Representative of the 118th district in January 2019, I have seen the good, the bad, and the ugly in Illinois politics. Sure, there have been some victories, and yes, there have been some defeats, but this week there were some truly ‘ugly’ revelations unearthed in a news report by WBEZ of Chicago.

The underlying reason for everything you are about to read is the simple fact that House Speaker and Democrat Party Chairman Mike Madigan has built a nearly impenetrable political empire for during his 40 year reign.

Despite his almost total control of the process in Springfield, some cracks have begun to appear in the armor of the longest serving House Speaker in American history, and the details are truly disturbing.

A powerful former lobbyist named Mike McClain, a close ally of House Speaker Michael Madigan sent an email to top officials in then-Gov. Pat Quinn’s administration referring to what appeared to be the cover-up of an incident of sexual assault.

In the 2012 email, then-lobbyist Michael McClain urged two top Quinn administration aides to avoid firing a state worker facing a disciplinary case by arguing that the worker had “kept his mouth shut on Jones’ ghost workers, the rape in Champaign and other items.”

WBEZ has reported several times previously that McClain is an important focal point in the ongoing federal investigation into ComEd and the utility’s actions in Springfield. McClain is a former legislator and was one of Illinois’ most influential lobbyists, enjoying a decades-long friendship with and unrivaled access to Speaker Madigan. A federal search warrant issued in the ongoing federal investigation into ComEd sought records pertaining to Madigan. McClain’s home was raided by federal agents last May and the Chicago Tribune has reported that McClain’s telephone conversations were secretly monitored by federal investigators.

House Republican Leader Jim Durkin has led the Republicans’ calls for a criminal investigation and legislative hearings in response to the disclosure of the email from McClain hinting at a rape cover-up and ghost payrolling in state government. I agree that the proper authorities should begin an immediate investigation into both of these heinous crimes.

“This revelation is shocking and beyond words,” Durkin said in a statement this week. “I am disturbed by the fact that horrific and possible criminal actions may have occurred and government officials, Mike McClain and his enablers chose to remain silent instead of taking action.

“There needs to be an immediate criminal investigation into the content of McClain’s email to the administration, and I encourage anyone with information on this to report it immediately to the proper authorities.” (Source: House Republican Week in Review 1-10-2020)

Earlier this week, House Republican members held a press conference Wednesday to discuss the dismal failure of the General Assembly’s “Property Tax Relief Task Force”. The task force was formed in a trade off between Democrat lawmakers and Governor Pritzker and Speaker Madigan. In exchange for a YES vote on the progressive income tax ballot question, the State’s top Democrats allowed the General Assembly to form a task force with the often stated goal of reducing high property taxes in Illinois.

The task force was also supposed to come up with real reforms to provide relief to struggling homeowners. Instead, Democrats on the task force drafted a slapdash report that failed to include dozens of reform ideas offered by Republican members. A breakdown of the task force’s format and subsequent “meetings” will paint a clear picture as to why it failed.

First, the task force was made up of 88 members. House Republicans believe the task force was created in such a way to slow down any progress and stifle ideas from the minority Republicans. The commission’s chairman missed the statutory filing deadline for the first report and the most recently due report and then unilaterally submitted a self-drafted report without the consent or approval of the whole, supposedly, bipartisan task force.

Considering the entire task force had only met on a few occasions, all House Republicans on the task force rejected the flawed report after being refused an opportunity for thorough review and revisions holding to the bipartisan intent of the task force. This bungled process proves once again that Illinois Democrats are not serious about implementing substantive property tax reforms.

• 2008 – House Resolution 527 – which instructed the House of Representatives Revenue & Finance Committee to conduct an investigation into ways to improve property tax assessment practices across the State;

Out migration numbers released at the end of 2019 for the State of Illinois prove once again that high property taxes remain one of the most important issues facing Illinois. Our citizens and businesses are leaving in massive numbers for cheaper places to live and work. As we convene the spring session later this month, I stand ready to negotiate real property tax reforms and provide relief for Illinois families. Our future depends on it.

Thank you Vince Mitchell and the McLeansboro Rotary Club for the invitation to speak to the club today! I enjoyed the opportunity to hear your concerns and answer questions.

Last week, Senator Dale Fowler and I attended a presentation and tour by the Massac-Metropolis Port District about their plans for a potential project involving Dam 52 near Brookport.

This past Thursday January 11, 2020 was National Law Enforcement Appreciation Day. Thank you to the brave men and women that serve our communities on the thin blue line, putting their lives on the line every single day. We are a better state and country because of your hard work and sacrifice!

The Office of the Illinois State Fire Marshal is now accepting applications for the competitive Small Equipment Grant program. The program allows fire departments, fire protection districts and township fire departments, as well as not-for-profit EMS providers to access up to $26,000 in grant funds for specific purposes as outlined in program documents.

Applications must be postmarked no later than February 29, 2020. A total of $3.5 million is available for this application cycle.